In the body, MSCs play an important role in maintaining stem or progenitor cell niches and homeostasis. They arise from perivascular cells called pericytes that reside on the surface of every blood vessel and act as a filter between blood vessels and tissues. If a blood vessel in any tissue becomes damaged, pericytes fall off the vessels and differentiate into MSCs that then orchestrate the formation of new vessels and tissues by recruiting and activating adult stem cells or progenitor cells that are already present in the tissue.

The mysteries of a salamander regenerating its tail or a sea cucumber mending its organs have fascinated humans and perplexed scientists for centuries. The idea that the human body holds similar mechanisms to heal and repair itself is tantalizing and not altogether impossible. There are powerful cells called mesenchymal stem cells situated on the 50,000–100,000 miles of blood vessels in the human body. These cells carry the ability to initiate signaling cascades that drive tissue repair and regeneration.

In the mid-1960s, Marshall Urist, an orthopedic surgeon at the University of California Center for Health in Los Angeles, depleted all of the mineral calcium phosphate from pieces of bone. Urist took the remaining demineralized bone components and placed them into the muscle of an adult mouse and made the surprising discovery that bone could subsequently form in muscle tissue.1

In the late 1960s, Arnold Caplan, now professor of biology and director of the Skeletal Research Center at Case Western Reserve University, was perfecting a cell culture medium cocktail that converted cells he isolated from the presumptive wings and legs of chicken embryos into cartilage, bone, or muscle. His goal was to find the molecular signals that differentiated these cells into specialized tissue lineages.

When Caplan learned of Ursit’s results, he was intrigued. “I realized that there were stem cells—cells that could respond to powerful inductive molecules that must exist in the adult tissue,” said Caplan. “And so, coming from an orthopedic background, I knew that there were magic cells, magic elixirs, in bone marrow.”

Bone marrow has been associated with orthopedic healing since the days of Aristotle, and several studies in the mid-1960s suggested the existence of bone-related progenitor cells. Together with one of his post-doctoral researchers, Stephen Haynesworth, Caplan began purifying cells from human bone marrow in a search for cell types that make bone, relying on the same medium cocktail he perfected for embryonic chicken cells.2

“That magic medium was the whole trick to the entire mesenchymal stem cell technology,” said Caplan. “In that medium, the cells from bone marrow, which are very rare—one in 100,000, one in a million—stuck to the Petri dish and divided like wildfire.”

Caplan and his team found that they could manipulate the adhered bone marrow cells to differentiate into muscle, cartilage, bone, or fat on tissue culture dishes. This ability to readily form a variety of cell types from the middle or mesenchymal layer of the body suggested a new type of adult stem cell, leading Caplan to coin the term “mesenchymal stem cell (MSC).” 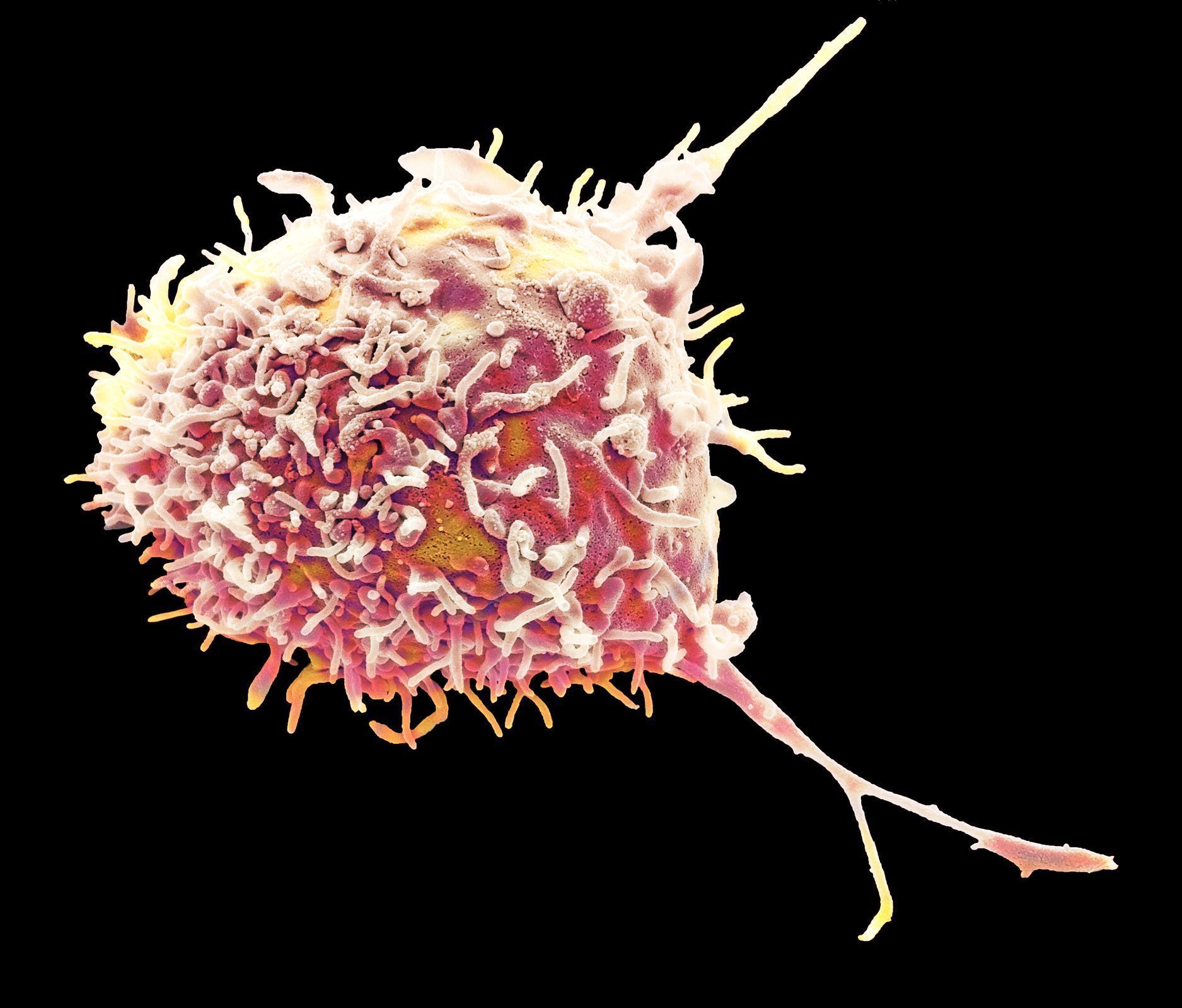 In the body, MSCs play an important role in maintaining stem or progenitor cell niches and homeostasis. They arise from perivascular cells called pericytes that reside on the surface of every blood vessel and act as a filter between blood vessels and tissues. If a blood vessel in any tissue becomes damaged, pericytes fall off the vessels and differentiate into MSCs that then orchestrate the formation of new vessels and tissues by recruiting and activating adult stem cells or progenitor cells that are already present in the tissue.3,4

MSCs also act as surveillance cells that control the immune system and secrete influential bioactive molecules. They sense changes in the local environment, and in response, they secrete large quantities of immunomodulatory agents to mitigate the body’s immune reaction as they secrete bioactive and extracellular matrix-building molecules to repair or regenerate damaged tissue. In their surveillance, MSCs also detect pain signals from the nerve and secrete molecules that bind to opioid receptors. Within minutes, the sense of pain dissipates.3,4

MSCs serve as powerful internal pharmaceutical factories that direct the body’s natural biological mechanisms to alleviate pain and activate tissue regeneration. As scientists have more precisely defined the roles MSCs play in the body, Caplan has argued for a name change. “Instead of calling them ‘mesenchymal stem cells,’ I’ve renamed them ‘medicinal signaling cells,’” said Caplan.

Of Life and Resurrection

Caplan recognized the potential of these cells to treat a plethora of diseases and began to reach out to investors for help in funding MSC-based cell therapies. Every day, scientists in academic laboratories make profound discoveries. However, many of these discoveries never result in new medicines or treatments because many basic research scientists lack the network and capital needed to translate basic research into therapeutic products. Additionally, many biopharmaceutical companies see early-stage basic research as a risky investment.5,6 In fact, in 2017, venture-capitalist backed companies produced more approved drugs than traditional large-scale pharmaceutical companies.6

Initially, Caplan was turned down by several investors. Then he met Kevin Kimberlin, chairman of Spencer Trask & Co., an advanced technology development firm with a legacy of helping engineers, scientists, and entrepreneurs develop scientific findings into market-leading companies. Kimberlin was familiar with the potential for cellular therapy, having previously patented and developed the technical basis for the first approved cell-based immunotherapy with Jonas Salk of The Salk Institute of Biological Sciences. “We sensed that the MSCs might become a keystone in this new field of medicine, so we committed to find a way to commercialize Caplan’s discovery,” said Kimberlin.

In their first meeting, Caplan showed Kimberlin that he could isolate MSCs from bone marrow, expand their numbers in culture, and then infuse them to dock at specific sites of injury. Within the body, the infused MSCs seemed to repair the bone and cartilage at the same time and in the appropriate locations.

“I was impressed when he explained how our natural MSC population declines steadily as we get older, but that he could isolate and multiply their number to possibly give us the regenerative ability of youth,” said Kimberlin. “I said, ‘You have discovered the ability to heal people; I don’t know how we are going to build a company around this, but we have to try.’” Together the two launched a biotech venture called Osiris Therapeutics Inc., which they named after the Egyptian god of life and regeneration.

Osiris Therapeutics became the driving force behind several early MSC-based discoveries, expanding both scientific knowledge of these cells and development of real-world therapies. A broad portfolio of cellular-matrix products emerged for treating skin ulcers, burns, severe wounds, and the first approved implantable cell-matrix product. Most astonishingly, the Osiris researchers realized that the MSC could be fashioned into a drug delivery vehicle, serving as a drugstore for sites of injury. 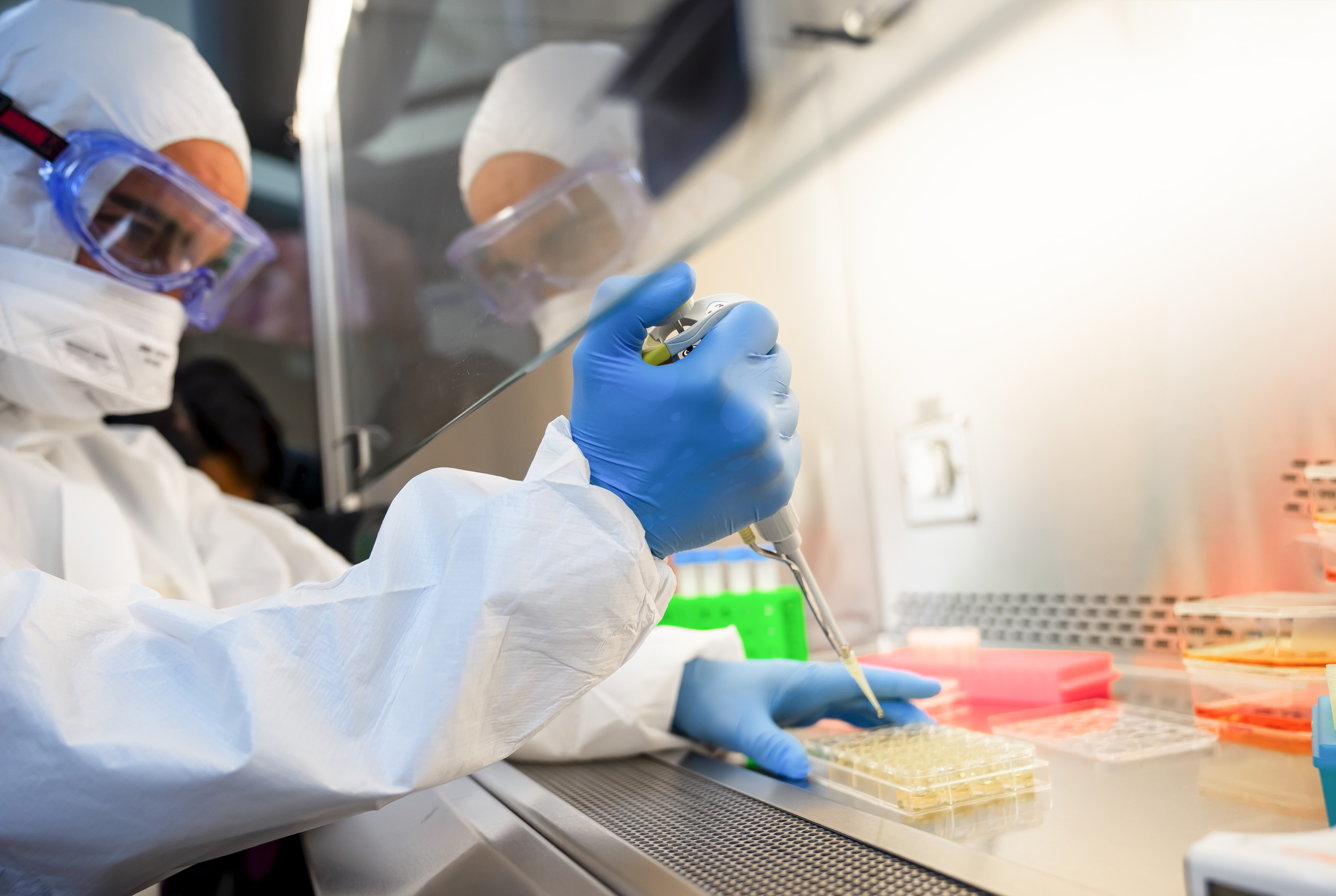 Scientist working in a lab

In one influential early study, scientists at Osiris Therapeutics and their collaborators used MSCs to treat 12 children with steroid-resistant graft-versus-host disease (GvHD). Children with this disease suffer a violent immune reaction to hematopoietic stem-cell transplantation, where the body attacks itself, causing the intestinal lining to peel away. For the estimated 20% of children who are resistant to pharmaceutical steroid treatment, GvHD disease is fatal. In the Osiris trial, seven of the twelve children who received MSC transfusions showed complete remission from the disease at one month, and 95% of the children lived at least six months, a dramatic improvement from the typical 25% survival rate for children on traditional immunosuppressive treatments.8 In this study and in other early MCS cell therapy studies, researchers observed no adverse reactions,3 and this approach became the world’s first systemically delivered cell-therapy.7

“Translating the MSC from an amazing insight into the first allogeneic cellular drug is a story that reminds us of why the work of basic scientists is so crucial and why developing fundamental science into practice is just as important,” commented Kimberlin.

Today, there are approximately 1,195 clinical trials in progress exploring the use of MSCs to treat more than 900 conditions, including rheumatoid arthritis, acute myocardial infarct, stroke, Crohn’s disease, chronic heart failure, low back pain, and more. “The difference between traditional pharmaceuticals and cell-based therapy is that a pharmaceutical is a single drug, very highly purified, that has a very precise function. Conversely, an MSC goes to sites of damage, looks around, analyzes everything that’s going on and then makes drugs,” said Caplan.

“We are at the beginning of what I hope will be hundreds of uses for MSCs to heal conditions which cannot be treated any other way,” said Kimberlin. “That is something we can all look forward to.”

“There’s the joy of knowing that I had the right instinct to start a company because that’s the only way this technology would get the resources to move forward. We are looking at the horizon and saying, ‘How can we make the horizon better and brighter?’” said Caplan.

Kimberlin commends Caplan for uncovering this new knowledge, sharing it, and encouraging others to add to and critique it. His tireless work to translate these insights into products saved hundreds of children’s lives.

“To me, this type of scientific innovation is the highest manifestation of moral good and Dr. Caplan exemplifies this noble purpose,” concluded Kimberlin.

At the age of 78, Caplan still ventures into his laboratory every day, often spending 60-80 hours each week researching new ideas and discoveries. “I’m an academic, and in a philosophical sense, my role in society is to continue to add new information. And that’s how society progressed from the stone age to the current age. We keep adding knowledge, and we keep turning the knowledge into wisdom. I still do it because I can see the light at the end of the tunnel,” said Caplan. “For a basic scientist to actually see his work provide medical therapy is an enormous gift.”